DevOpsDays Ghent 2019, the 10th year anniversery will take place at the Vooruit.

The Vooruit is a historic festival and art center from 1911, more information at Wikipedia.

The city centre of Ghent is car-free and tailor-made for pedestrians and cyclists.
Getting around in the city centre by a car is very difficult and not advised.

With bus and tram you can reach any part of the city quickly and easily (even on weekend evenings) and taxis are also readily available.

Or you use a bike like half of the residents of Ghent.

There are possibilities to rent a bike at:

More information about this can be found on Visit Ghent.

Taxi prices are fixed by the city:

Taxi hubs are available at:

The venue is about 10 minutes walk from the Belfort, the center of Ghent.
Google Maps

Leave that car at home and come to Vooruit by bike.
It’s healthier and there is a free bicycle parking garage under the Vooruit Terrace.
We even have places for cargo bikes and other special bicycles.

Take tram 1 at Gent Sint-Pieters train station and get off at Savaanstraat, in the city centre.
Then walk through Bagattenstraat and you;ll find Vooruit at the top of the hill.
Schedule available at De Lijn.

Take bus 70 / 76 / 5 / 6 toward the city centre from Gent Dampoort train station to the Zuid stop.
From there you can reach Vooruit on foot via Lammerstraat.
Busses and trams ride every day until 1 a.m.
Schedule available at De Lijn.

Explanations on how to get to Ghent by car can be found on VisitGent or see Google Maps.

Take into account Ghent has a circulation plan (links to a big PDF). You cannot cross the city by car.

Coming from Kortrijk, Brussels or Antwerp :

Parking House :
The nearest car park is Gent Zuid, an underground car park underneath the Woodrow Wilsonplein.
Another options is Kouter, or Center Parking.

Parking on the public street:
Parking the car on the street is an option, but not free.
The venue is located in the red zone.
Red Tariffs are:

If you don’t want to pay for parking, there are a number of free Park & Rides on the edge of Ghent.

The nearest train station is Gent Sint-Pieters.
Train schedule available at NMBS.
At the train station, use tram or bus service to get to the venue as described above.

By train from Brussels Airport

For those arriving by plane at Brussels Airport.

Brussels Airport has a railway station with connections to the main Belgian cities of which Ghent. The train station is located directly under the departures and arrivals halls, at level -1.

Every hour there are 2 direct lines to Gent Sint-Pieters (the main railway station of Ghent) at (duration 55m):

There is another line with a change in Brussels South (Bruxelles-Midi/Brussel Zuid) at ##:30 (duration 1h05).

For those arriving by Thalys or ICE from Paris or Cologne at Brussels South ((Bruxelles-Midi/Brussel Zuid).

Every hour there are 4 direct lines to Gent Sint-Pieters at (duration 30m):

By train from Antwerp Central (Antwerpen-Centraal)

For those arriving by Thalys from the Netherlands at Antwerp Central (Antwerpen-Centraal).

Every hour there are 3 direct lines to Gent Sint-Pieters at (duration 1h):

By train from Lille (France)

There is a direct line from Lille Flandres to Gent Sint-Pieters once every hour at ##:08 (duration 1h16).

Timetables are available via b-europe.com.

The site of the The Lonely Planet references lots of hotels in Ghent of different categories.

The congress organisation service of the city of Ghent gave me these additional links:

Hidden in a little street surrounded by canals and stunning cathedrals.

It is located in the heart of Ghent, a few steps away from the most important attractions and the best places to taste the famous Belgian beer and enjoy the beautiful lights of the city.

It is one of the few hotels in Ghent city centre in a quiet neighbourhood and, at the same time, it is close to the vibrant spots of the city.

The three guestrooms of this friendly B&B in an attractive 1890s townhouse have high ceilings and private showers but shared toilets. The house is decorated with souvenirs of its owners’ world travels, but perhaps its most notable features are that it is smoker friendly and has an attractive heated outdoor pool (summer months only). Handy for Gent-Dampoort station.

A bit far away from the venue. A bit off the city centre.

In this 19th-century building with a fairly sleek facade you will find on the ground floor a very large suite (ideal for families) with a high ceiling, lots of wood and shutters. At the rear of the house two more modern attic rooms (for two people; the stairs are a bit steep). Nice inner garden (with the rabbit as mascot) where you can have breakfast in the summer. Very nice atmosphere.

A bit far away from the venue. A bit off the city centre.

In between the Sint-Baafs Cathedral and Portus Ganda.

The exterior looks like that of all other houses in this inconspicuous, cobblestone street, but the inside is completely different: very modern vibrant colors, old tile floor … Three (totally different) rooms, one in 70s style. That room has a balcony that opens onto the courtyard (and you have a nice view of the cathedral). Very sympathetic reception.

Close to The Castle of Counts.

Behind a flea market (full of stuff from the 1950s) operated by Stefan. There are two quiet and tidy rooms in the back house. The cheaper room is slightly better, but the other room has a bathroom with an old-fashioned bathtub.

No payment cards. Bikes at your disposal.

A B&B with a rich history (cellar from the 13th century, inn in the 16th, then a printing company for 150 years and finally a parsonage). A 100% ecological address. Comfortable rooms, airy and colorful. The peculiar name means “come, go” in Hindi. At the weekend you can sometimes suffer from noise from the nightclub across the street.

This canal boat has been rebuilt as a hotel and is located at only a minute’s walk from the centre of town with all its historical monuments, museums and shops.

Equipped with 5 charming and cosy rooms of which 3 are standard rooms and 2 luxurious. Each room is decorated in a unique and surprisingly different style with view over the river. Every morning a delicious continental breakfast is served.

Not recommended by any travel guide. I’ve added this one because I’m intruiged ever since I live here since nine years and passing by each day.

Get in quick to snap one of Simon and Christopher’s two fashionably styled guest rooms located above their well-patronised, chilled-out coffee shop in a fabulous part of town.

You can’t miss it: it’s the brightly coloured art nouveau house on the corner.

Close to the venue.

Owned by an interior designer, this B&B – set in a 1900 townhouse overlooking a tree-lined canal – has a special atmosphere and two ‘angel’ rooms.

In between the Sint-Baafs Cathedral and the Belfry. Near the City Pavilion.

Not your usual Ibis. The outside architecture is well adapted to the historical center.

Not recommended by any travel guide. Just my addition.

Patershol is located behind the hotel.

Nice modern hotel that has remained cozy and simple and that pays attention to ecology. The most expensive rooms have jacuzi and a terrace, even overlooking the canal. There is even a rooftop swimming pool. Delicious breakfast buffet.

Not too far from the shopping street Veldstraat.

In the middle of the historic city centre. At beautyfull Graslei. The other side of the Korenlei.

Housed in Ghent’s spectacular twin-turreted former post office. The property’s common areas, guestrooms and suites are dark and moody in a wonderful way, with elements of great design at every turn (though note the standard rooms are compact for the price). The hotel also offers fine dining and an ultra-atmospheric bar.

In the middle of the historic city centre. At beautyfull Korenlei. The otherside of the Graslei.

On the inside Ghent’s Marriott is a standard international business/tourist hotel with stylish (if somewhat generic), comfortable, modern rooms and a glass and steel atrium. On the outside its handsome facade incorporates four mediaval stone housefronts. Canal-view rooms (50 EUR extra) have wistful waterfront panoramas. Look online for some good deals. 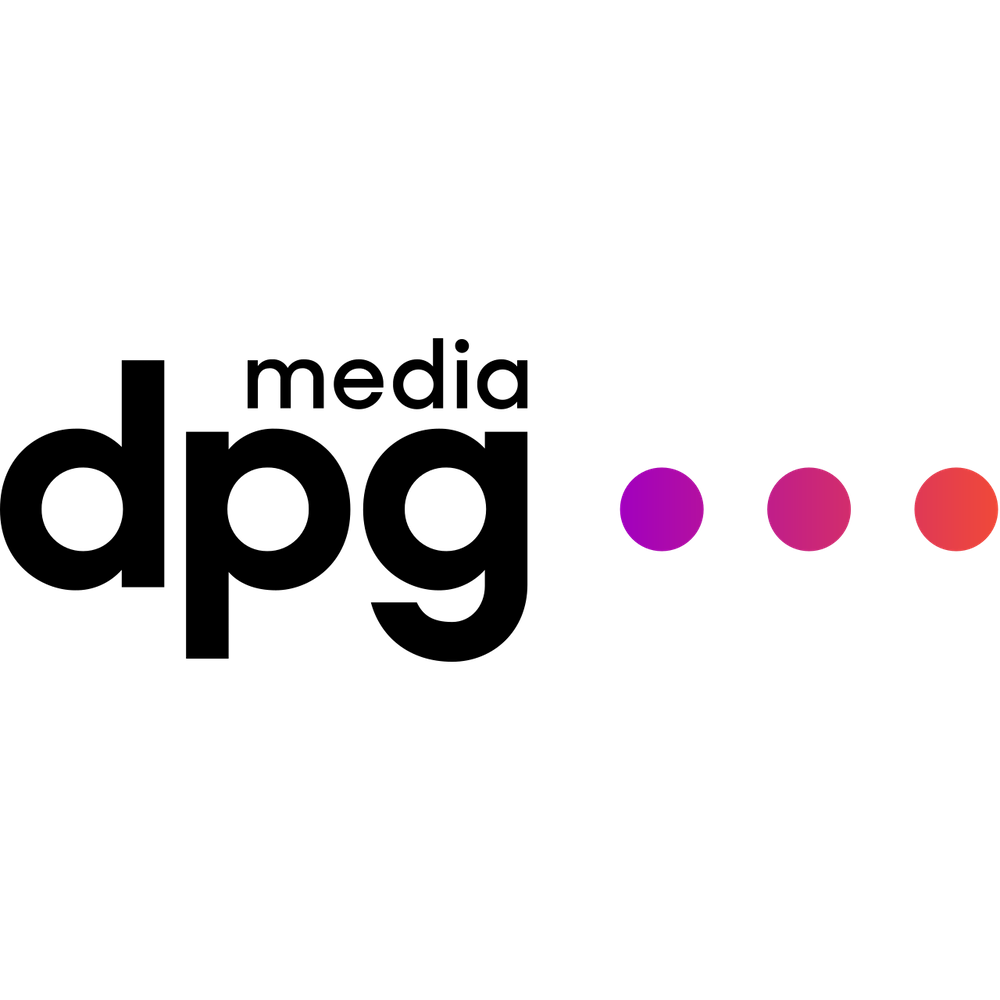 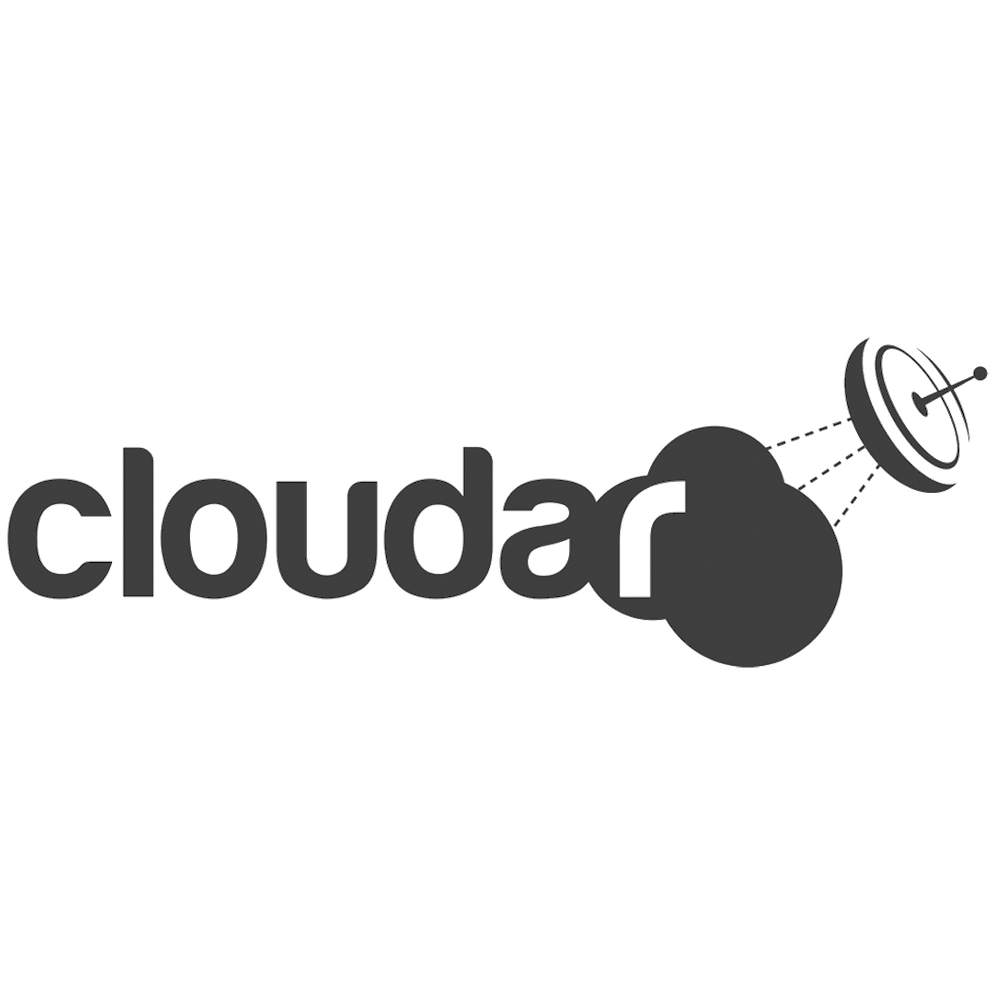 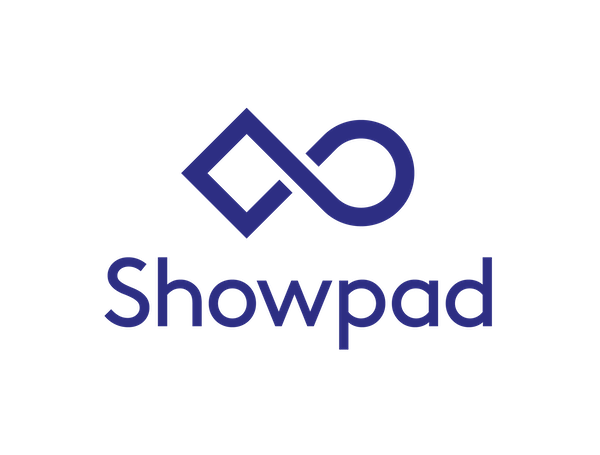 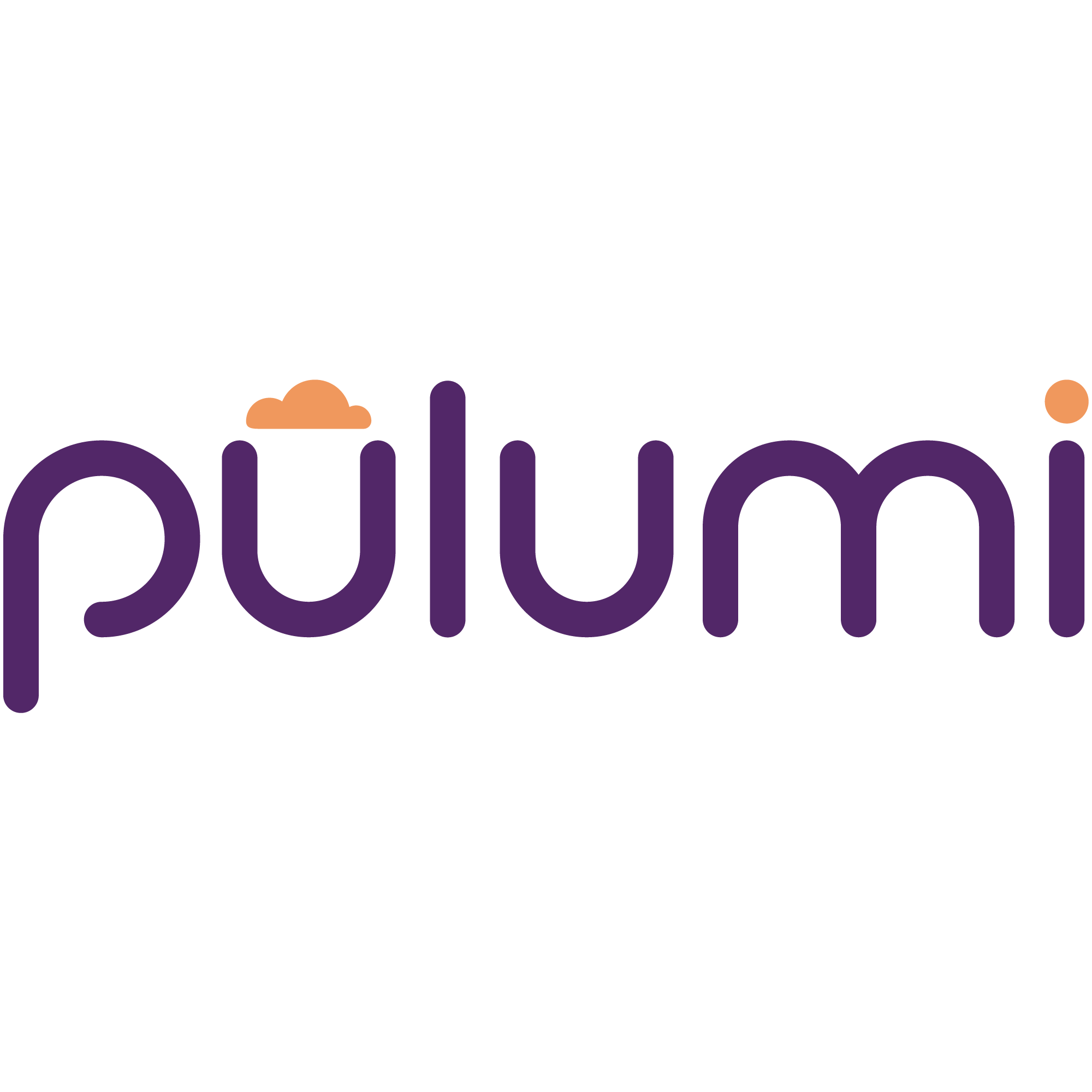 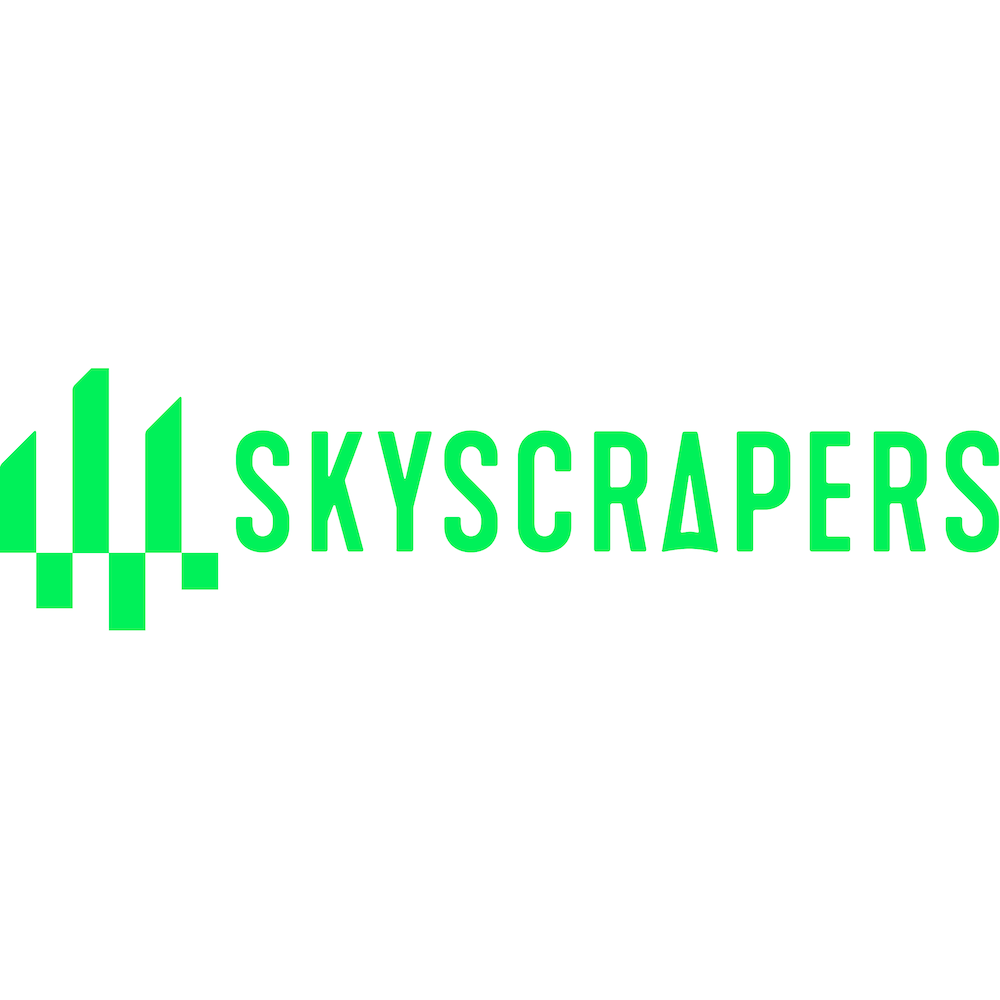 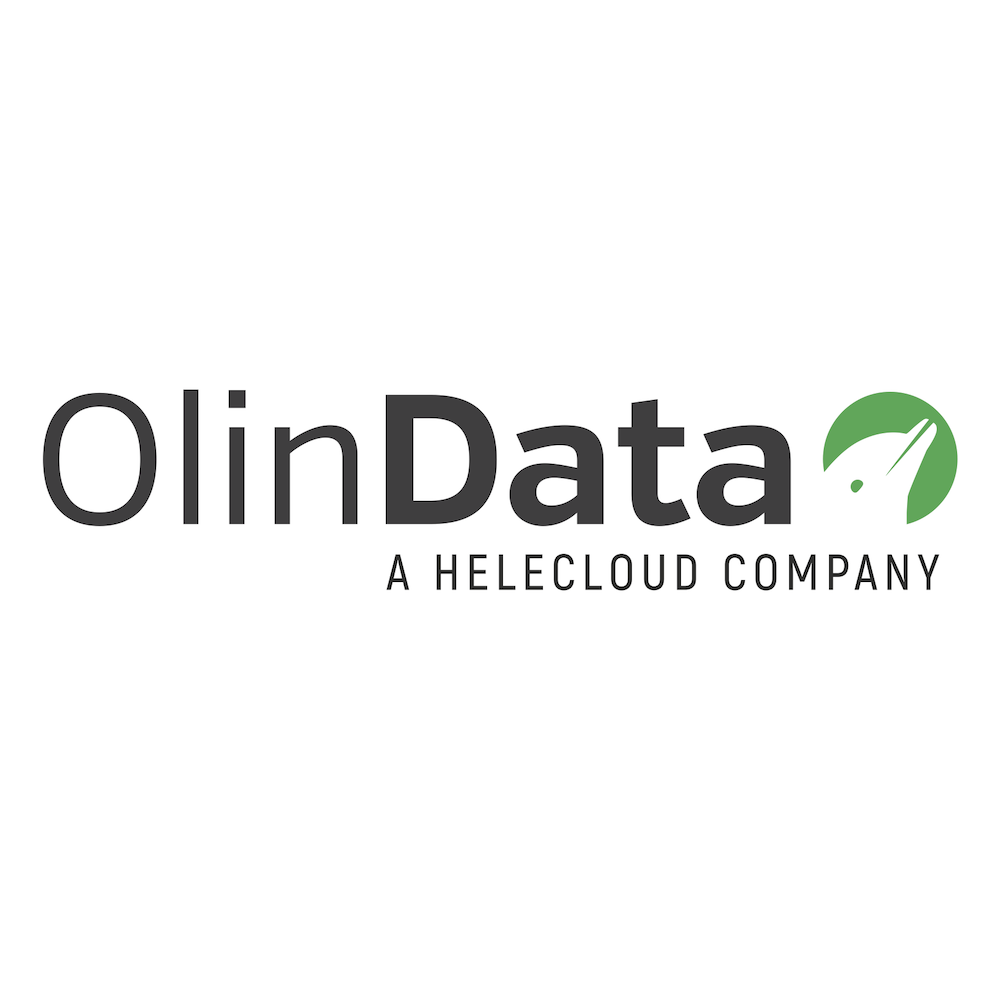 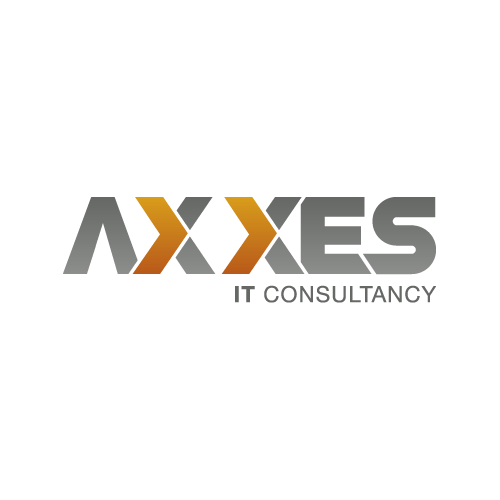 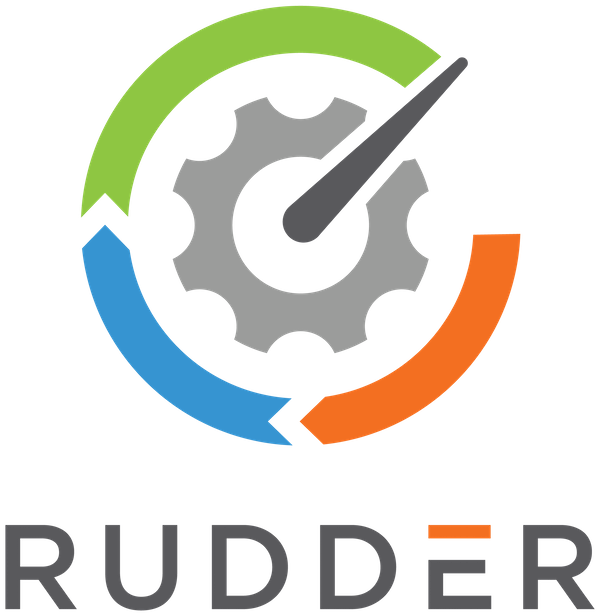 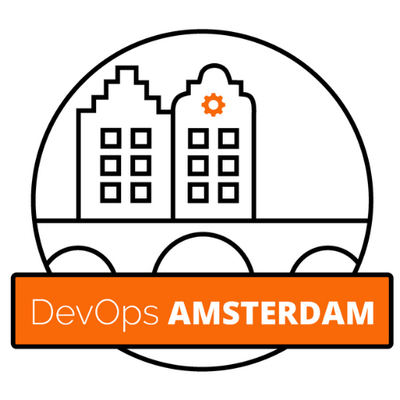